Will non-injectable COVID-Vaccines end the Pandemic?

(appeared first in German on Insideparadeplatz.ch on 16.4.2021, updated on 24.4.2021 by including Oxford/Astra Zeneca and Altimmune)

Only global vaccination will stop COVID-mutants from developing and the pandemic from perpetuating. But is difficult to see how developing countries could reach broad vaccination by injections. Heat-stable vaccines which do not have to be injected would change the game by reducing the costs and enlarge the reach to many more billions of people.

Vaxart (NASDAQ:VXRT) develops such a vaccine, but it is in a close race against seven other groups. This competition presents a high risk but at the same time the cumulated results of all these companies from animal and human experiments make an ultimate success of such an approach probable. The winners not being clear investments should probably be distributed between several available contenders. 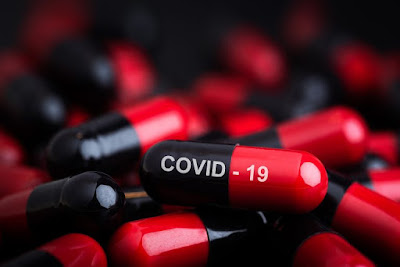 Only global vaccination can stop the pandemic

The COVID-pandemic has introduced unprecedented speed and efficiency into the development of vaccines. All approved vaccines are given by injection, which may be refused by 10- 20 percent anxious people. And all need medical infrastructure and manpower as well as more or less cooling before use.

Developed countries now make rapid progress towards protection of risk groups and herd immunity. There is abundant hope and talk about comparative advantages and risks of the existing vaccines and about the rosy economic prospects for the big manufacturers.

But meanwhile it has become clear that developing countries with insufficient vaccine coverage put us all at risk by allowing emergence of new and resistant variants, which will perpetuate the pandemic. Like global warming this is a global problem and cannot be solved unless addressed globally. It is difficult to see how developing countries could meet the massive amounts of infrastructure, medical manpower and money needed for vaccination by injection.

Oral/nasal vaccines as a solution?

That's why I was thrilled to discover that Vaxart (NASDAQ:VXRT) is working on an immunising tablet against COVID. This might sound outlandish, but we know from food allergies that oral antigens trigger the immune system and moreover there is the precedent of the oral polio vaccine and a nasal flu vaccine.

If an oral vaccine is to be swallowed it has first to survive the stomach. Whatever one uses as antigen it has to be packed in a way that resists the stomachic acid and only dissolves in the small intestine: This needs special knowhow outside of immunology.

Such vaccines are often thermostable and cheap, they simplify vaccine campaigns and could give a significantly better reach at lower cost.

Vaxart is already in the clinical phase...

In summary Vaxart develops oral vaccines, one against the diarrhea-causing Norovirus and another against human papillomavirus which causes cervical cancer in women. A phase II study of their oral influenza-vaccine developed in collaboration with Janssen (subsidiary of Johnson&Johnson, NYSE:JNJ) gave better protection than an injected vaccine. If confirmed this would be a big deal.

As for their COVID-vaccine it contains two viral antigens (S- and N-protein) and is therefore potentially more effective against new variants than existing vaccines targeting only the S-protein. Their preclinical animal experiments gave good protection and a phase I clinical trial published in February resulted in cellular immunity and local mucosal production of IgA but no neutralising IgG antibodies in most subjects. This was perceived as a failure and provoked a fall in share price.

However, this does not seem justified because one in 16 survivors of COVID-infection has no detectable IgG antibodies (academic.oup.com/...), therefore antibodies do not seem to be essential for defence. Animal data also show that with low antibodies cellular immunity becomes essential (pubmed.ncbi.nlm.nih.gov/...). If this COVID-vaccine could prevent the virus from reaching the bloodstream the lack of serum antibodies would not be a disadvantage. Only further clinical trials can find out if the protective effect in animals can be reproduced in humans.

Not being sure what to think about the prospects of this company I did further research and found seven other groups working in the same field. The accumulated results of these competing companies give substantial and converging evidence that ultimate success of their approach is probable.

Altimmune (NASDAQGM: ALT) started in february 2021 with a Phase I clinical trial of AdCOVID, a single-dose intranasal COVID-19 vaccine candidate based on an adenovirus vector similar to Astra’s COVID-19 shot. Results are expected in the second quarter. They are already readying a production facility with Swiss LONZA in Houston.

Also Oxford University in march 2021 began a phase I clinical study with nasal application of their vector-based vaccine AZD1222 developed with Astra-Zeneca (NSDAQ: AZN). It includes 30 persons and will be finished in october 2021.

The Swiss Mymetix Corporation (OTC:OTCQB:MYMX) is the third company exploring the nasal route. They share intellectual property with US giant Catalent (NYSE:CTLT) about packing antigenic material in virus-like particles for local application (so-called virosomes). Their nasal COVID-vaccine developed with Baylor College in Texas gave promising preclinical data in animal experiments. It might be of interest that they have the support of the Bill Gates foundation and of billionaire Ernesto Bertarelli.

iosBio (formerly Stabilitech) is an UK-based private company developing oral vaccines against Zika-virus and influenza based on an adenovirus-vector platform. They were short of funds and their CEO complained in an interview that big pharma had no interest for their novel approach. That is until the San Francisco physician and multibillionaire chairman of ImmunityBio (NASDAQ:IBRX) realised last year that only with an oral vaccine was it possible to vaccinate billions in the developing world and bring the pandemic to a halt. He reached out and in partnership with IosBio they develop an oral COVID-vaccine which produced cellular immunity and antibody response in subhuman primates. Their  hAd5-COVID-19 is designed to attack not only the easily mutable spike protein of the virus, but also the more stable nucleocapsid proteins, which could give it an unique advantage against variants. They are now running a phase 1b clinical trial with two spaced vaccine doses in all possible combinations of oral administration and/or injection. The personal support Mr. Soon-Shiong will assure that they will not run out of funds.

Oravax is a new joint venture: The Israeli Oramed (NASDAQ CM:ORMP) contributes knowhow in oral delivery of pharmaceutical agents gained with their oral Insulin preparation while Indian Premas Biotech Pvt. Ldt furnishes the vaccine whose three antigens could create immunity also to variants. The production in yeasts is cheap and easily scalable. Animal experiments resulted in production of IgA and IgG type immunoglobulins. Clinical experiments start this quarter and approval is hoped for within six months.

Prof. Kremser, director of the institute for tropical medicine in Tübingen, Germany told the Austrian newspaper "Kurier" in a January interview that they are developing an oral vaccine OraCOV in collaboration with two privately owned Maryland-based companies: Protein Potential and Sanaria Inc. They use a modified typhoid vaccine and preclinical studies are encouraging. The hope is that local mucosal immunity will not only suppress disease but also infectivity. Prof. Kremser is also leading the clinical vaccine trials of CureVac (NASDAQ:CVAC), but from the information available it seems that this oral vaccine path is independent from CureVac.

Immunitor is a Vancouver-based company partnered with Key Capital corporation (OTC:OTC:KCPC) and specialising in oral immunisations against a vast variety of diseases. For COVID they use tablets with heat-inactivated virus from human plasma. A phase I trial is due to end in May.

As said before to stop the COVID-pandemic and new mutations there is an urgent need for heat-stable vaccines that do not have to be injected. There is precedent for oral and nasal immunisation and meanwhile several groups are working on such projects. All have other preclinical or clinical projects. Their COVID-vaccines all have favourable preclinical data in animals, and five of them are already in the clinical phase while another one is starting just now. From the cumulated preclinical and clinical results it is already clear that these noninjectable COVID-vaccines can produce cellular immunity as well as local mucosal IgA-antibodies and neutralising serum antibodies of the IgG-type. Moreover, the immunisation was protective in some animal experiments.

Taking all these data together the question seems not anymore if an oral/nasal vaccination is possible but rather when, by whom and in which form it will be realised.

If the non-injected vaccine alone would not be sufficient, one could also imagine a first injection followed by an oral booster or vice versa. This would still reduce the needed infrastructure by half. Oral vaccination could also refresh an existing immunity, or protect against new variants and it could possibly even be combined with an oral flu-vaccination.

Vaxart and most of its competitors produce huge losses and all are in a race which could not only produce one or some winners, but certainly also losers: Some could become multibaggers while some risk loss of all invested capital. And there is just no way to tell which will be which.

Last but not least such oral vaccines could become a risk for the other big players like BioNTech (NASDAQ:BNTX), Pfizer (NYSE:PFE), Moderna (NASDAQ:MRNA), CureVac and Johnson & Johnson (NYSE: JNJ). But given the advantages and the need it would not be a surprise if some of these would start their own development of no-shot vaccines.

If one likes this thrilling frontier one can invest a small sum of gambling capital, which I did with Vaxart after the pullback in February. But based on further study and the above reflections I plan to add add small positions in ImmunityBio, Oramed and Mymetics. It will be intersting to follow their evolution and some of these shares are so cheap that one can consider them as options to future value. 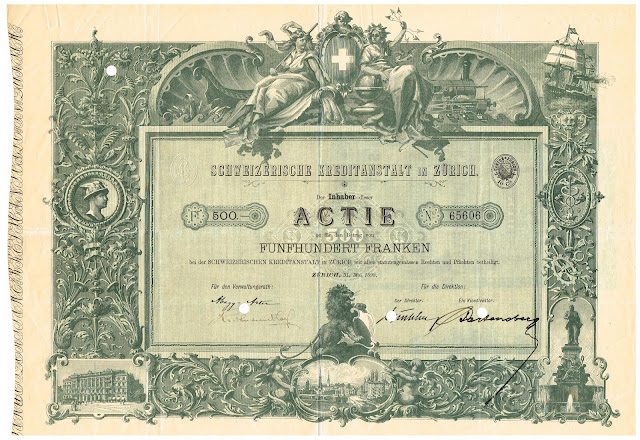