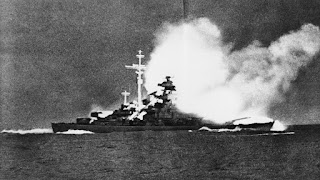 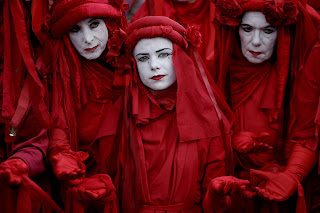 
From a physicians viewpoint the approach to global warming by the public, by politics and some media and leading climate professionals seems rather strange: From the beginning of his training a physician is made aware that he will go before court and even to jail if found faulty of malpractice. Possible mistakes could be that you miss a grave, a worse or worst condition. These bad possibilities may be rare, but this  will not help you in court. An often cited example is bleeding from the end of the bowel: Most frequently and most probably this is caused by harmless hemorrhoids. But what counts for a physician is the worst case, and this is carcinoma of the bowel. If you do not rule this out before treating haemorrhoids (which indeed also may be there) it may become a case for court. That’s why for a physician in any situation the worst case is of constant concern, we look and prepare for it, and the harmless and most frequent causes are an aside.

Therefore we have so to speak a sort of double bookkeeping in our heads, two algorithms, one permanently calculating the most probable cause/course/outcome and the other one the worst, and in doubt the latter one overriding the first. Medicine being an unprecise and unpredictable business we often have to make do with rough approximations.

This is in contrast to the behaviour of the experts of the Intergovernmental Panel on Climate Change (IPCC): They present us with some probable or plausible middle-of the road projections. A physician would be more interested in worst cases. Anyway - as became clear last year - IPCC omits several known aggravating factors and feedback loops (*) and therefore does not even take into account the most probable outcomes, not to speak of the worst, which however really should determine our behaviour. IPCC being a semigovernmental body this is  not at all surprising: all governments want to stay in the saddle, that’s why as a rule they never report the full scandal.

Everybody mentions tipping points and the point of no return which both of course are to be expected anytime if they did not already happen:  If I consider the accelerating temperature curves, last summers nearly 400 broken temperature records and also last September, October and May being the warmest ever measured  as well as the reports about Methane bubbling out of lakes and permafrost, the still rising output of CO2 and SUV’s, the burning Australia and the still general taboo on discussing population size my internal algorithms tell me that the impending dissolution of civilisation in the next few decades is not anymore a worst-case scenario but the most probable one. The worst case would be that it already happens in the next years. If you measure the attitude of official bodies towards such outcomes by the standards routinely applied to physicians this would be a case for court. Because this concerns the whole world and ends in a sort of Holocaust 2.0 one could consider something like a world Nuremberg tribunal. Now one could object that the worst outcomes have not been confirmed yet. But if they will be confirmed it will be too late for a court.

(*) Some aggravating mechanisms and feedback loops not accounted for by the IPCC:

Some other posts in English: