How biosystems tip over

In nature we observe various signs of illness. These signs have been slowly increasing for years and decades, therefore we have to speak of chronic illness: bees, bumblebees, insects and birds disappearing, loss of fish and plankton, coral bleaching, loss of species in land, sea and air.

Take the alcoholic who by drinking for decades has acquired a cirrhosis of the liver. And now he's getting a water belly for the first time. As our pathology teacher Prof. Uehlinger (1899-1980) used to say, this first symptom does not signal a beginning of his cirrhosis, which was already there for a long time, but it rather raises the curtain on the last act: If the patient continues to drink, the end will be a matter of years, not anymore decades.

The situation with the lungs is similar. Loss of one lung is not noticeable in everyday life. Lung damage in smokers is not noticeable during the first decades, and if you finally become short of breath, you know that this is the last act. Only since we can measure airway resistance do we know that lung damage begins in the first years of smoking. It remains unnoticed because it can be compensated.

Diseases such as high blood pressure or heart valve defects can also be compensated for decades without symptoms, and when symptoms occur you often are already at an advanced stage. With narrowing of the aortic valve (the valve of the main artery), cardiac death can even occur within seconds out of apparent health because of fatal feedbacks.

In each of these chronic processes, the biological system first mobilizes its sometimes considerable compensatory resources. The apparent state of health is the result of disturbance and biological compensation. Disease symptoms depend on the failure of the various adjustments. If symptoms once occur then the tipping can go quickly.

We can transfer this view to sick nature: If the bees die away or cannot find their way back to the hive due to orientation disorders, this is not the beginning of a development, but the end. Bees have been poisoned by insecticides and pesticides for decades. Each of these poisons has been individually tested and has been declared "harmless" by industry, by testing agencies and politically controlled agencies. But the combination of all these poisons, this whole poison cocktail that works together in nature is completely untested. And the real test is not in the laboratory, but in nature: If the bees start to die away, it could mean that they have been poisoned for a long time, that their existing defense and detoxification mechanisms are no longer sufficient and, above all, that their surviving comrades are also acutely endangered.

I talked to a fourth grade elementary school pupil how we had lost half of the bees in the past few decades and then asked how long we could go on like this. His answer: "Not long anymore". How long will it take before politicians come to this clear and simple conclusion?

As a physician, I feel that the observed extinction of species is not the beginning of a development, but the raising of the curtain on the last act, where nature will be strangled. A new paper in Nature comes to the same conclusion, things could already get nasty by 2040. 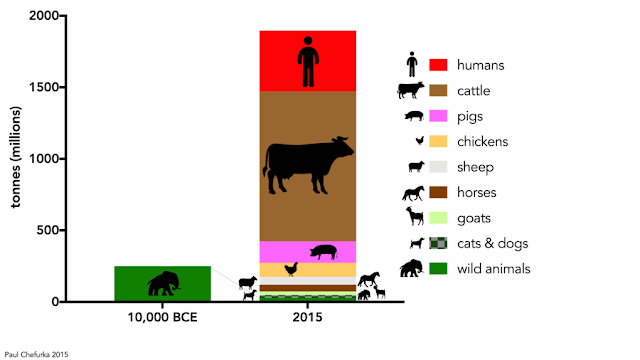